The latest news, updates, and talking points from AICUP.

The AICUPs Communications team is dedicated to providing our members with the latest news, research, and talking points on issues affecting independent, nonprofit colleges and universities in Pennsylvania. 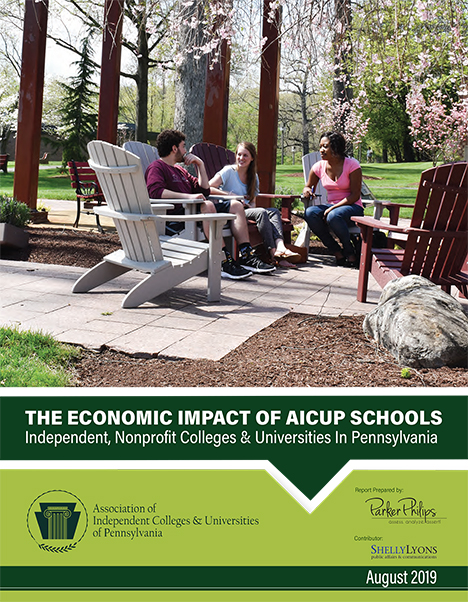 The more than 90 schools within the AICUP consortium generate over $20 billion in economic impact for the Commonwealth every single year, a testament to the role independent, nonprofit institutions play in the future of Pennsylvania’s economy.

AICUP is stronger together. We’re proud to leverage the reputation of our member institutions with the support of local businesses to offer leading business efficiency programs, community opportunities, and training.

If you have questions about AICUP’s publications, would like to submit an article for consideration in the Weekly Roundup, or want to learn more about our partnership with local media, contact us.

Reach Out Today
Page load link
We use cookies to ensure that we give you the best experience on our website. If you continue to use this site we will assume that you are happy with it. Agree & Close
Go to Top